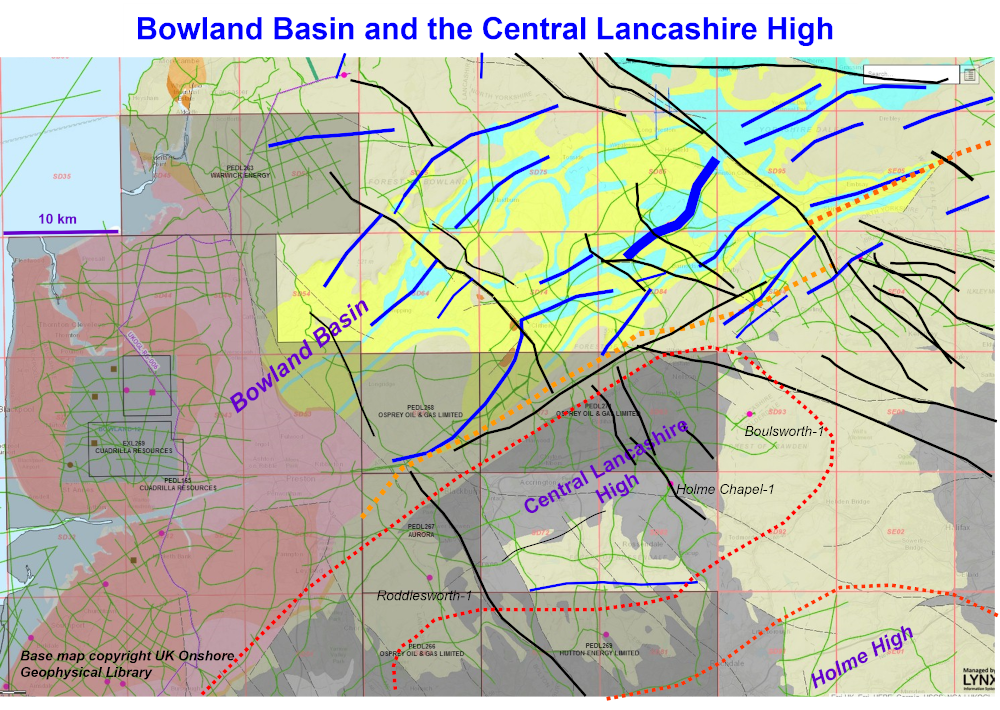 The Bowland Basin, much of which is represented by the inverted Ribblesdale Fold Belt, extends for more than 150 km from the southern Irish Sea, where its buried beneath Permo-Trias, as far as North Yorkshire and then arguably it links into the Dowsing Fault system. Blue lines are anticline axes of Ribblesdale Fold Belt, dotted orange is the general steep limb outcrop of the Pendle Monocline. It is a mainly-shale depocentre, including the Upper Bowland and Lower Bowland-Hodder Shale informal formations which in recent times have been the exploration focus as shale-gas targets, grey-shaded blocks are licensed acreage at 2019 with shale-gas exploration work programmes.

Bowland Shale is underlain by thick Tournaisian shales, evaporitic units and a rift sequence of Old Red Sandstone: the Tournaisian is our target. The heaviest blue line is Gisburn Anticline, an interesting play.

Next page
We use cookies on our website to give you the most relevant experience by remembering your preferences and repeat visits. By clicking “Accept All”, you consent to the use of ALL the cookies. However, you may visit "Cookie Settings" to provide a controlled consent.
Cookie SettingsAccept All
Manage consent